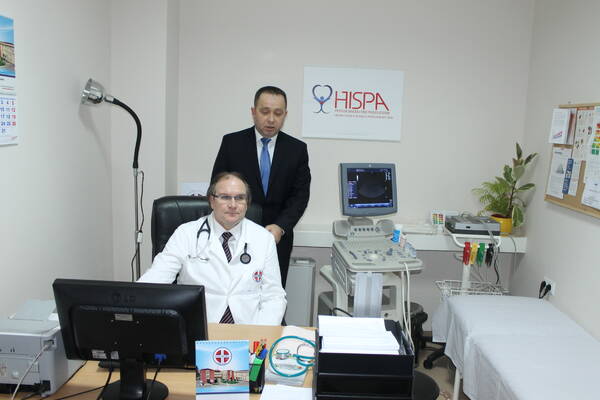 First HISPA center in BiH and Republika Srpska opened in Bijeljina Health center. Members of the press and a large number of medical practitioners attended the opening. HISPA center was opened by the General Manager of the Health center Prof. Dr Zlatko Maksimovic. Doc. Dr Nebojsa Tasic, president of HISPA, gave a lecture on the importance and role of HISPA. After the lecture, members of the press visited HISPA center equipped with cutting-edge technology. They got familiar with the HISPA program, and first patients were examined.